The project examines the Newman Passage, a transitional space connecting the Newman Street and the Rathbone Street. This vernacular site has not changed its footprint since the 18th century, thus kept the "old london feeling".

In order to activate the passage and work around the existing condition, an urban parasite takes over the back end of the passage, colonising the roofscape and creating a new connection through the site.

Peeping Tom and the Newman Passage

The Newman Passage was built in 1750 as a stable yard and only in the late 19th century transformed into a residential Street. Due to its protected location it retained some of the "old London feel", which made it popular with filmmakers, most famously Michael Powells 1959 film "Peeping Tom" 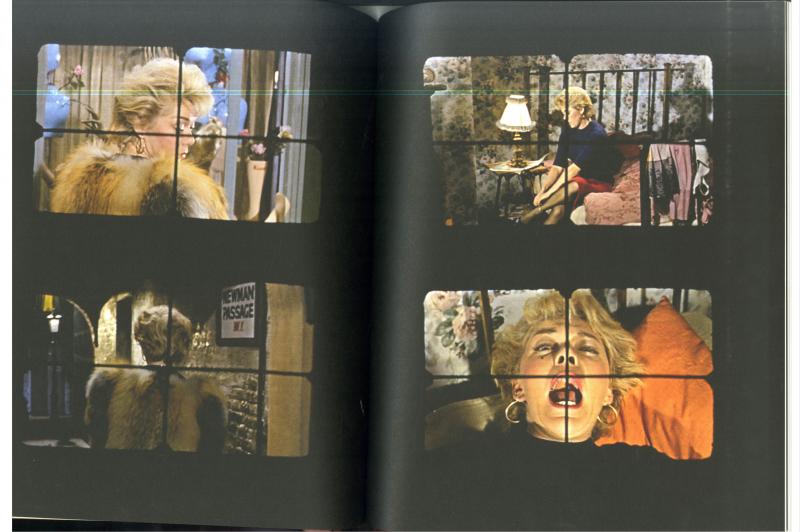 The Plan of the Newman Passage has stayed the same since it was built in the 1750s as a Stable yard. The head of the passage is utilised as a connection between the Oxford Circus area and the Tottenham Court Road area - thus is a transitional space. Currently, the large Cul-de-sac which defines the Passage is a residue space, used mostly as car park or for drug dealings. 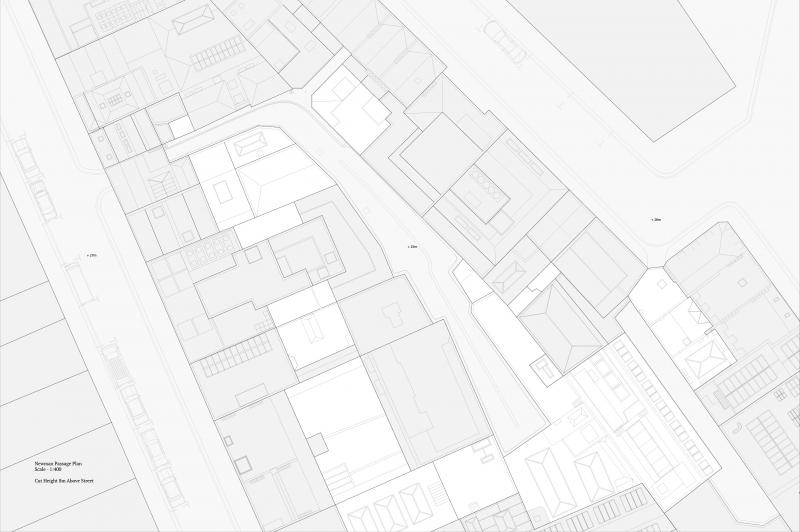 The Elevation shows the vernacular build of the passage, as well as how protected it is - the passage is retained within higher and larger buildings, like a fortress. 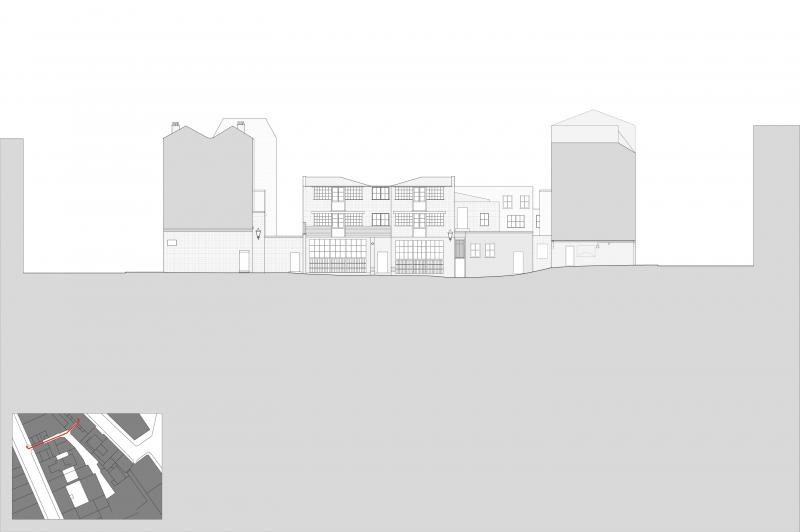 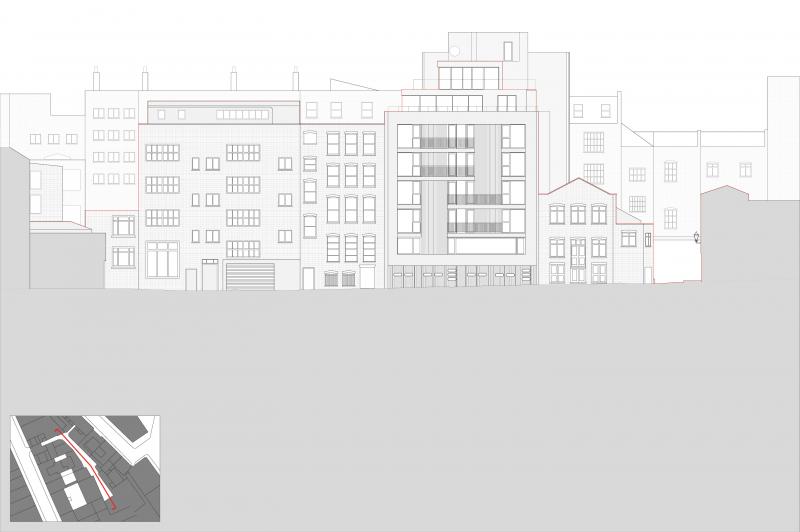 creating a new connection through the city

The urban parasite takes onboard the existing condition and is only accessible through the surrounding buildings. It enables the colonisation of the roofscape. 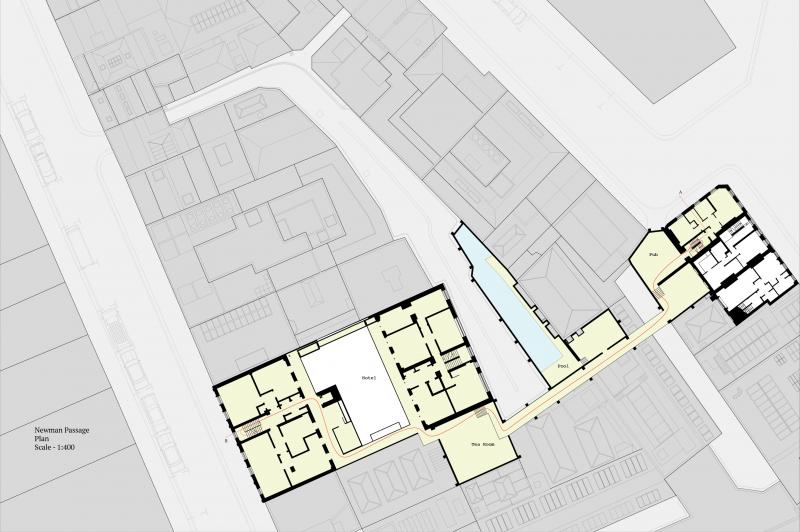 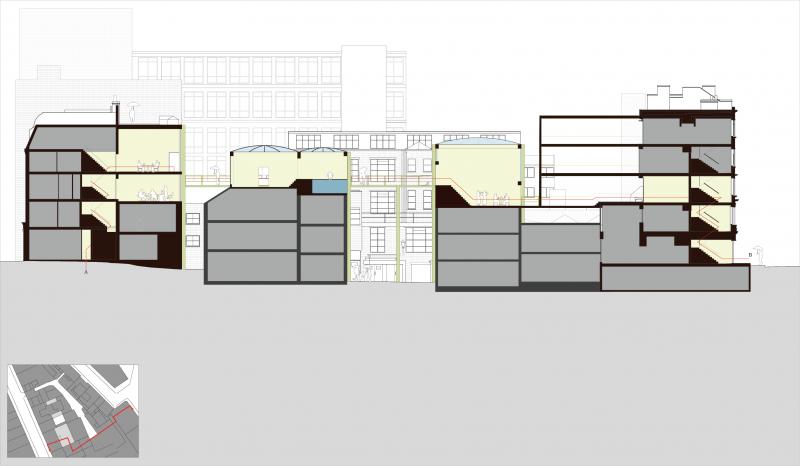 view into the Newman Passage 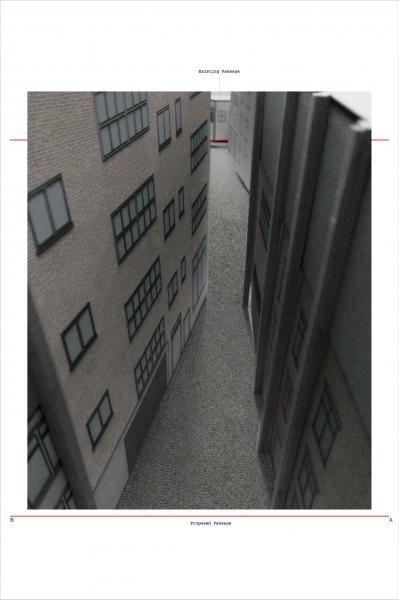 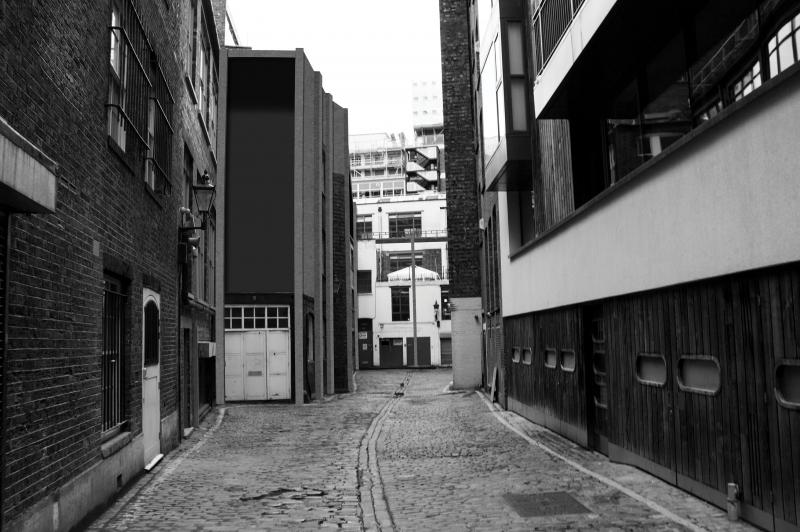 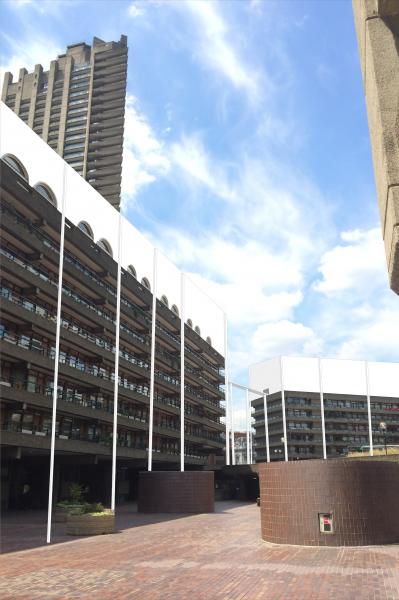