Analyzing first the idea of time based architecture in terms of a fictional city of fire (inspired by Lebbeus Woods' City Of Fire) and then taking that on to the context of Cambodia where I compared the ancient temples of Angkor Wat to its nearby city of Siem Reap. Looking at the stones Angkor Wat was built with as keepers of time and recorders of experience and memory. Finally creating a series of spaces that represents Angkor Wat in Siem Reap through the modern day perception allowing the user to create a special connection with the ancient rock, finding a new form of restoration in that it is restored to its significant glory.

> A land with magma rain forests and lava waterfalls. A place where creatures are impervious to heat; and grow from the land. An ecosystem was formed, unlike that of earth but rather of fire and heat. It was interesting that fire, the great destroyer of land possessions, was the giver of life here on this terrain and in the depths of the molten womb of the earth: here, a separate living breathing network was created.

The creation of a time based fictional "City of Fire" through a series of drawings and models evoking the ideas of time based architecture and the creation of space. Inspired by one of Lebbeus Woods' elemental cities.

The Versatility of the Fun Palace

> A city dependent on time and movement. The community functions in tandem with the ever changing landscape. Every transformation to the molten core meant a change within the city. Each modification implies a sequence of other changes, in this city and in the core: the city and its counterpart never remain the same.

Analyzing the idea of a community built in such an ever changing landscape, and then looking at Cedric Price's Fun Palace as a point of reference for the users needs and change.

The Tale of Two Cities

The proposal is about a structure that is calmly growing with the city but with the amount of tourist entering the areas as the gauge. (A recording of that.) It becomes an archive of this relationship. Not a museum of Angkor but an archaeological site. A project concerning itself with restoration and conservation of the stones in Angkor Wat. It brings back the idea of the unavoidable change of gravity in the material quality.
So we are bringing Angkor to the tourists with the idea of perversion and the notion of preservation, in a city that is being hit by consumerism. 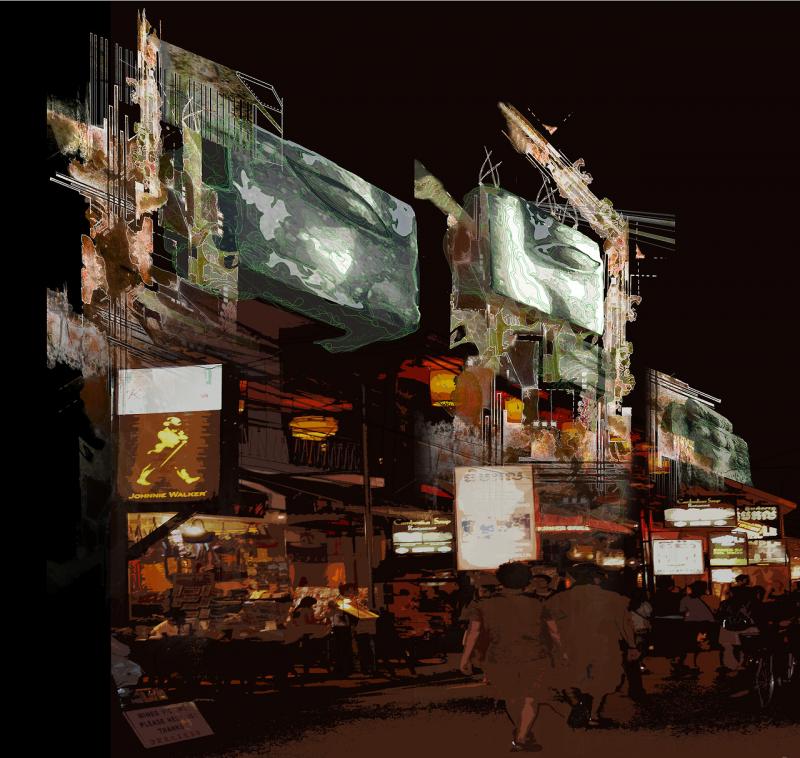 Creating a structure that moves in and above the existing Pub Street to create a production line for the stones to move through.

A General Overview and Outline 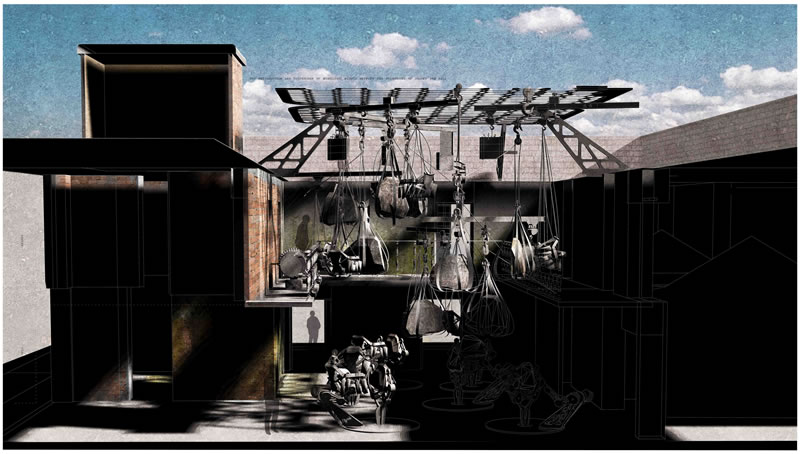