“Masquerading carries with it a certain license & liberty, & this, among other things, enables the courtier to choose the role at which he feels himself best, to bring out its most important elements with diligence & elegance, while showing a certain nonchalance with regard to what is not essential.”
The Book of Courtier by Castigliine Federico Fregoso

Shifting masks should be the ultimate goal of an architect. Too long has architect used the facade to brand their architecture. The project urges architects to submerge themself in paper thin space, not to arrive at a brand identity but to use paper space to shift and move from one facade to another.

My re-con precedent has fallen through the cracks of unbuilt.
Research into the House of Industry by Leonidov, uncovered recently publicized NKVD internal archives. A content of one particular box was a lecture slides and 4 collages by Leonidov from 1939. Through this slides I found out that House of Industry was build.

Leonidov found himself in a liminal period of Russian history; in a threshold of change between constitutional monarchy and communist power, where a social stratum was rearranged if not suspended all together.
Liminal periods in history are both destructive and constructive, however ideas and practices that emerge from this time are of extreme importance, as they will tend to take on the quality of structure.
It was an age of creativity when man asked radical questions, and when the unquestioned grasp on life was loosened.

House of Industry by Leonidov

Black and white drawings created clear white answers to unknown black abyss of the future. The state of liminality allowed him to envision a new future and with that new architecture, unknowingly he put up scaffolding for future generations of architects.

Basic geometric form of House of Industry with its evanescent glass facade, revealing the diversity of interior life, where pressing a button in the elevator could lead you to a new activity, change and chance discovery. Complex program ultimately recreating the liminal state of a country on the scale of a building. 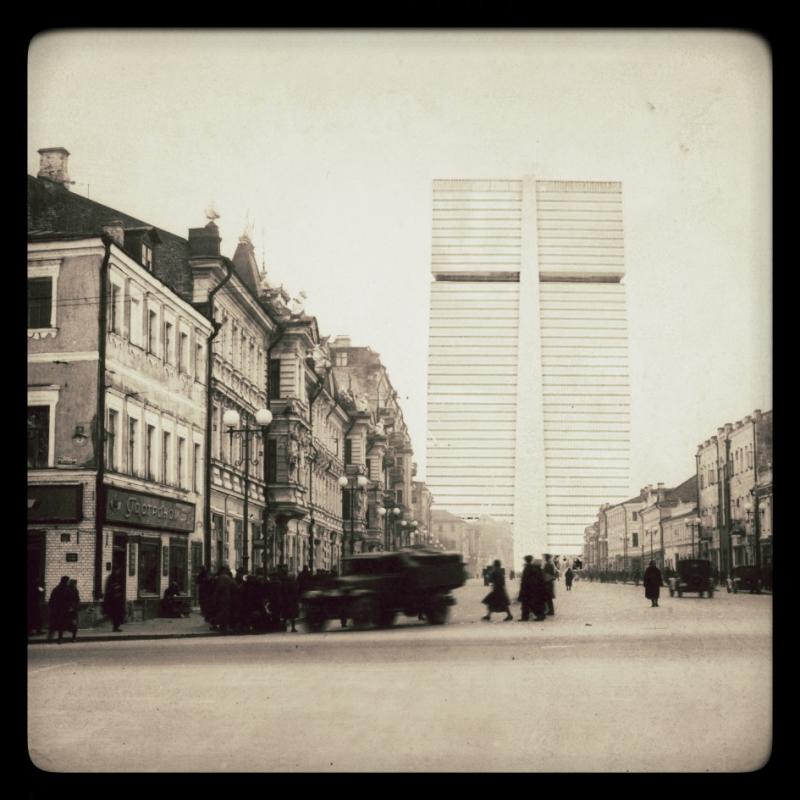 Following the initial success of the House of Industry, Leonidov was asked by several other major USSR cities to design a similar beacon of proletarian ideals. He with a singe building was able to achieve fame not previously known or experienced by any other architect, he built an icon and he became a star.
City officials, gifted with limited imagination, asked him to build almost identical building. He was being boxed in by his own creation.
He channeled his frustration in his collages He first removes the marble wall exposing the circulation, in next collage he goes further and removes the facade all together, reviling and accentuating the true purpose of the building, which becomes clear in the last collage circulation of people from all walks of life.
He removes a mask of the facade to reveal that his architecture is not erected for exterior monumentality, but instead explores the intricate layers of in between.
He purposely rejects facade, carrier of Leonidov Brand self-replicating and recognizable. 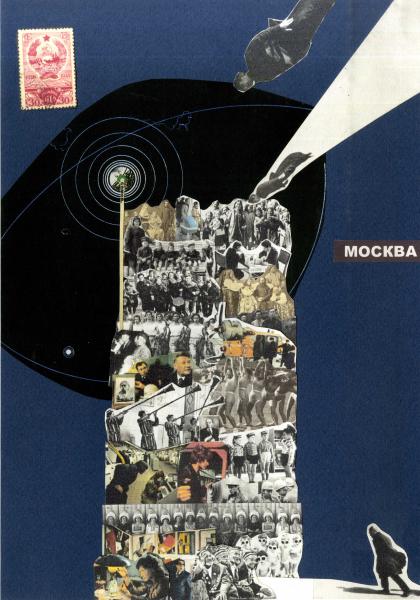 Rem Koolhaas was one of the biggest admirers of Leonidov, however even his mind has been consumed by Facade architecture.
Recognizable facade, established brand has become the aim of architects. 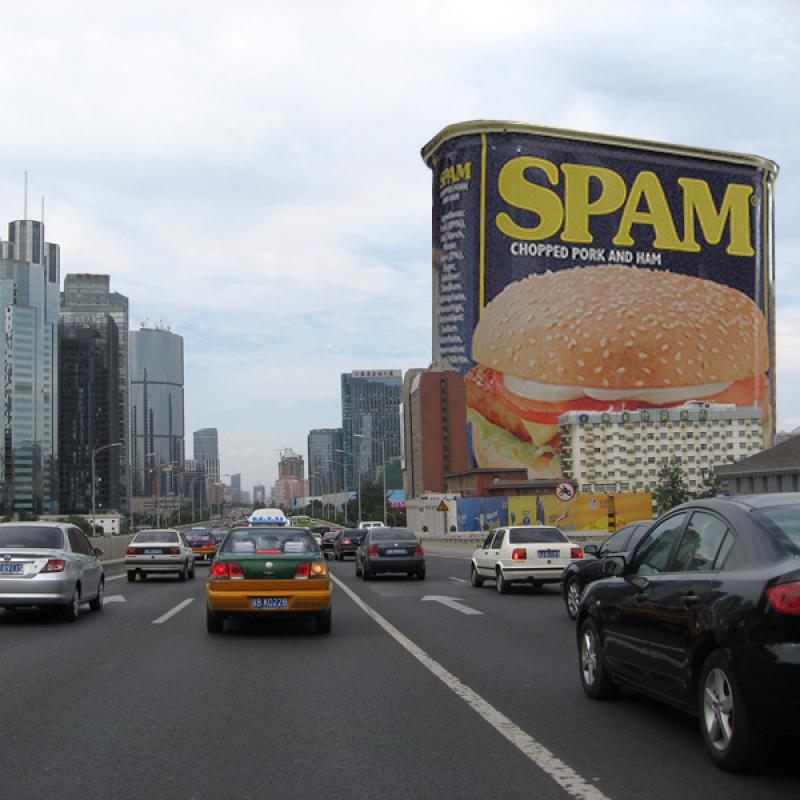 The facade being the main carrier of the brand, a white blank wall of a cube for example; changes scales in the hand of a star architect, but never fails to promote BRAND NAME throughout the world. 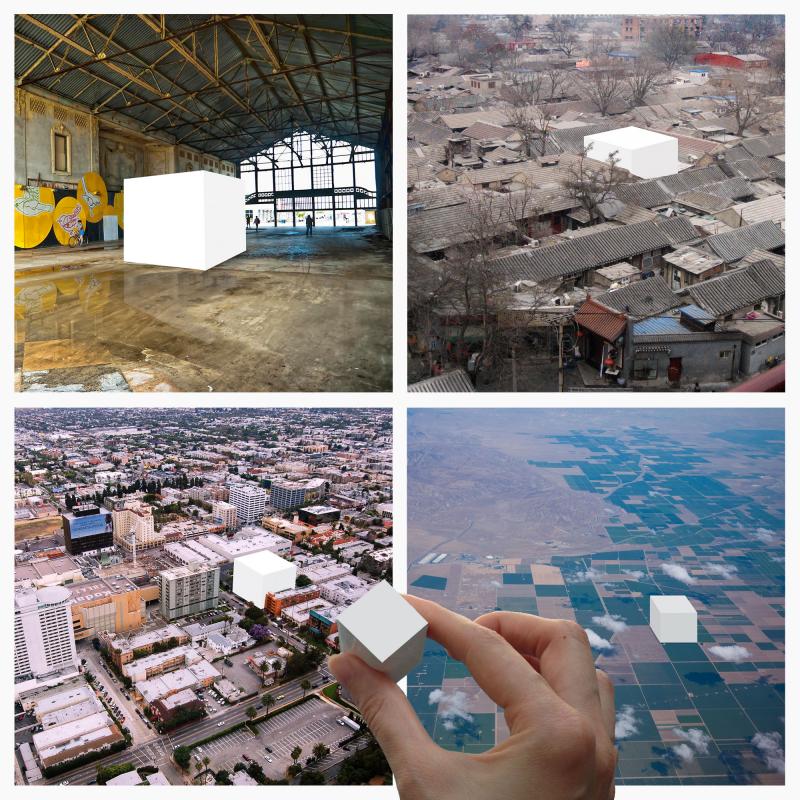 Leonidov was one of the facades, I choose to wear for a year. I gave up my presence and authorship by surrendering every image and collage to his name, in return I gained ghost like freedom to maneuver and direct the conversation into the area of interest. 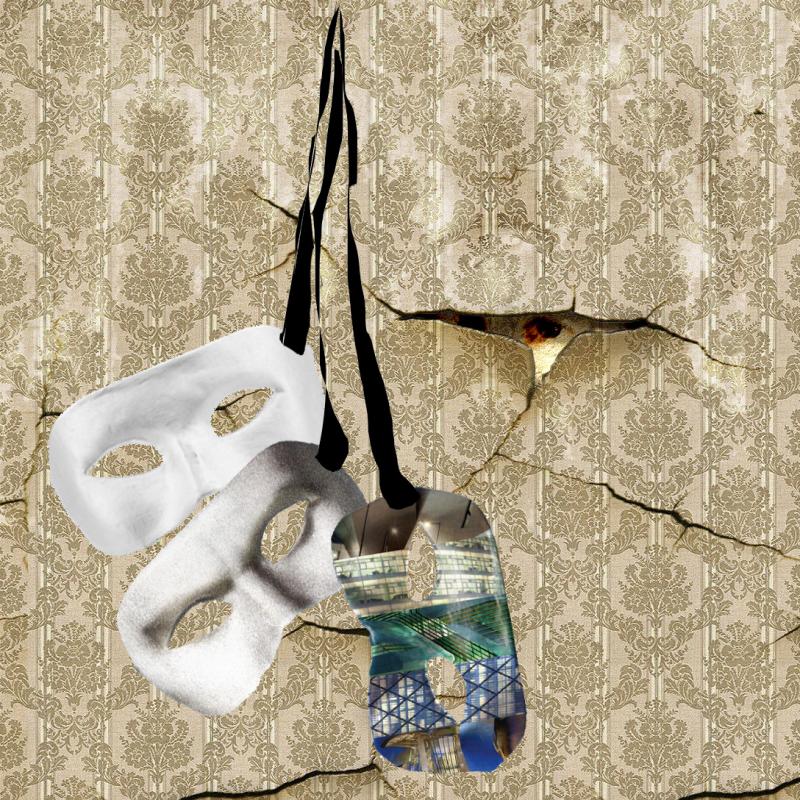 The IN-between is a space of constant movement, composed of none destinational places, such as escalator, train station, lobby, bridge, prison, airport terminal etc. The only option you have is to move through it, and by doing so one escapes facade construction and consequent duplication.

I walked through paper-thin in-between where existence or absence of a page hold no meaning and creates a non-space, but a countless composition of them stacks a volume and builds up a place.