The European Union is made up of approximately 75,000 municipalities and metropolitan France alone counts for half of these. This proliferation of administrative borders has stalled things inside the nation state. The state is petrified and that’s partly where its strength comes from. Its beauty is preserved through this municipal division that closely protects every inch of its territory from transformations. The project proposes to dismantle these fixed administrative borders by harnessing the presence of informal actors inside the national territory (such as illegal immigrants, low wage workers and tourists) to lengthen the distance between Subject and State.

In this context the project presents itself as a counter cartography of the space commonly known as Côte d'Azur - Costa Azzurra. The planimetric exercise of the municipal cartography works through negative differentiation,relying on principles of division & containment. The project goes against this system by removing the name of this coast from now on to be referred to as Côte Sans Nom. A territorial strip that proposes the national spatial character of citizenship as one of several possible framings by intervening in the centres of the cities along the coast but also in the hinterland, the aim is to provide new political spaces that act as a source of power and raise the visibility of the disadvantaged and the elite to shift notions of hospitality along the coast.

The European Union is made up of approximately 75,000 communes and metropolitan France alone counts for 35,568 of these; almost 50% of all the municipalities in the EU, even though France only represents 12% of its total population and 15% of its area. When we compare this to the regions surrounding France in the Western Mediterranean we realise that this proliferation of administrative borders has stalled things inside the nation state.

Municipalities claim to 'administer and pacify the polity, when in fact they are the ones who produce violence inside the territory through their systems of exclusions. French administration relies on a regime of prosecution based on national, cultural and racial differences. Municipalities and its inherent institutions go hand in hand with a vast system of social exclusion.The municipalities transform civil servants into petty tyrants, convinced that they are the law over an inferior population. The borders are no longer in the edge of the territory, and but have been transported into the middle of political space. These imaginary protections need to be dismantled.

'Costeggiare' is the early condition of shipping present in the Mediterranean. The importance of the shore was such that the coastal route was scarcely different from a river. It was impossible to sail far in the Mediterranean without touching land.The round trip which could last several weeks or months, was a long succession of selling, buying, and exchanging. Slowly this movement of people started settling in the basic unit of the Mediterranean, the seaside village, and once the proper systems were set in place, civilisations develop; quickly absorbing every wave of immigration they required. Genuine intermingling of peoples, civilizations, language and arts was to be found inside each region, and within these limits it defied all barriers of race, culture and religion. 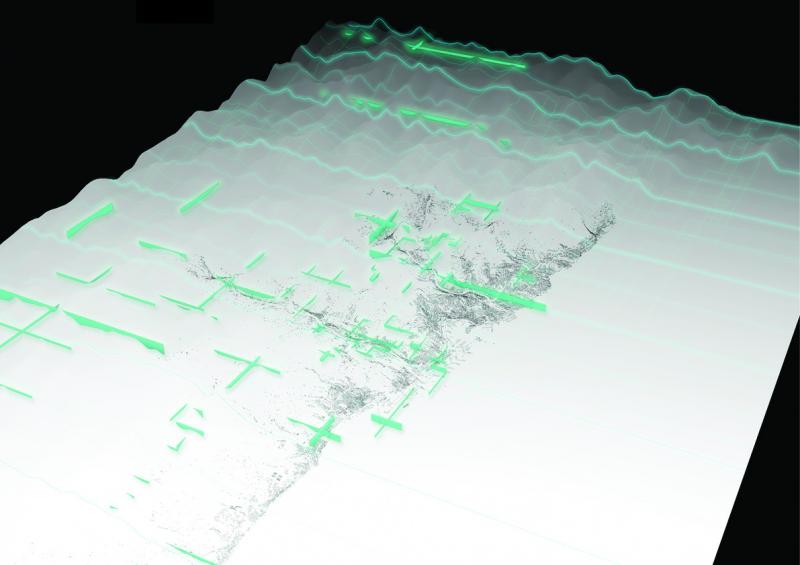