The ultra-elite complex of the secret society, the Kin, exploits the queer, seemingly innocent realm of artificial publicness that is the amusement park. This kaleidoscopic fantasy world of exclusivity parasitically exploits a vast, underground, service world. Every 10 years the temporary exoskeleton of facades is incinerated in a spectacular conflagration during the consecration of man ceremony, epitomizing the evil paradises’ principles of destruction and exploitation.

The Retreat at Bohemian Grove

The Kin is the most exclusive and secretive secret society known to exist. It's all elite male membership is said to include current and former US presidents. Before moving to a hidden complex at Universal Studios the Society would hold an annual retreat in the Redwoods of Northern California. Prostitutes were flown in from all over the world and housed in hotels in nearby towns which became makeshift brothels. A series of Bizarre Occult Rituals began at sundown culminating with the Consecration of Man ritual in which the effigy of a child is burnt at the feet of a giant demon deity and a massive pyrotechnics display. 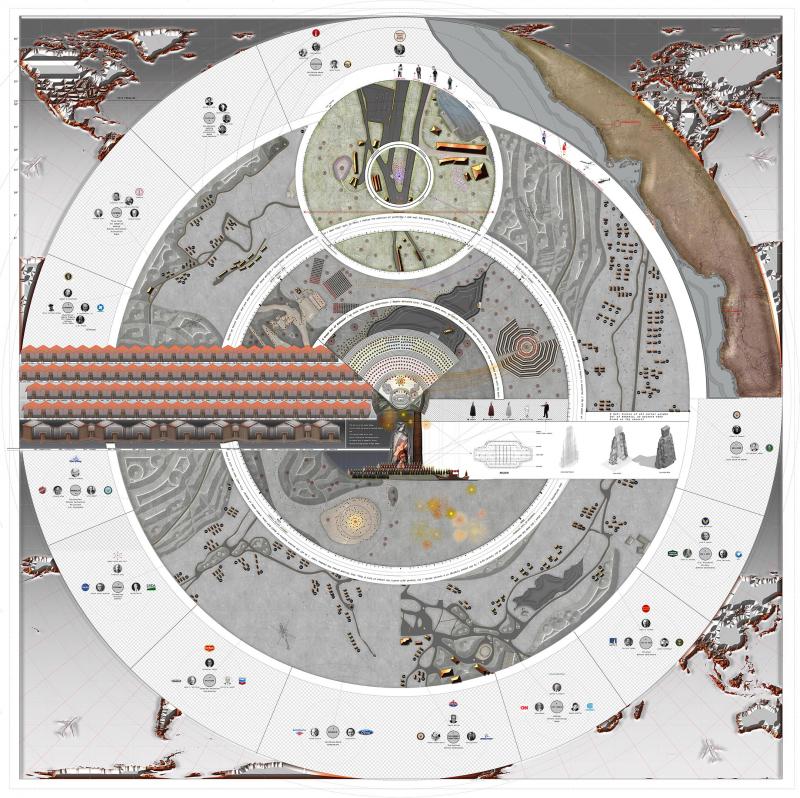 In 1912 a member and also the founder of Universal Studios secretly dedicated 84 acres of the studio to the Kin Society. It was opened to the public in 1992 as an extension of the existing Universal Studios tour as "The Back Lot". Visitors enter through a reconstructed NYC encountering a scaled up Atlas sculpture, symbol of free market capitalism. 740 Park Avenue, the highest concentration of wealth anywhere in the world hides the members' conference area. They continue along a path scripted by the "Yellow Brick Road" representing the gold standard in the 1939 film. The Emerald City section of the park is an elaborate allegory for wealth and power. The 33rd parallel, an axis of conspiracy, runs through the park, connecting the themed areas of Atlantis to Area 51. 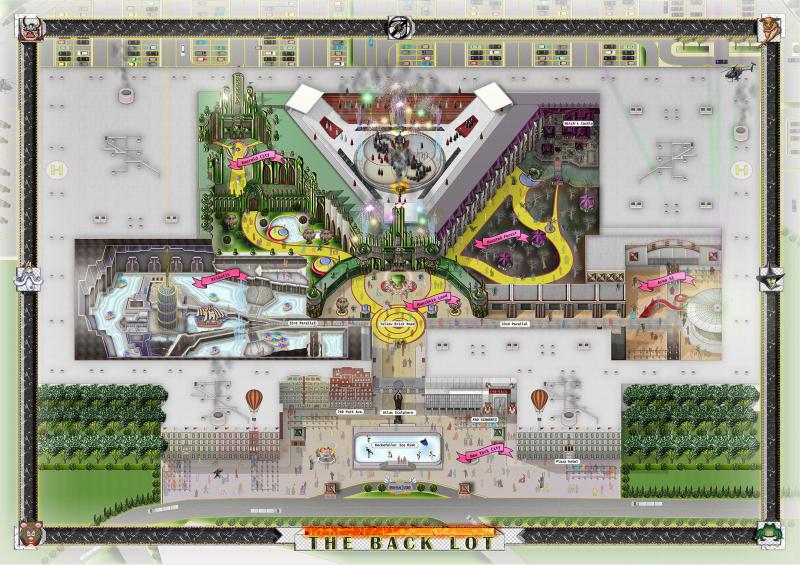 The complex is a composite of a permanent, fire-resistant structure enveloped by a cheap, expendable facade system. The levels of the facade are scaled to create forced perspective. 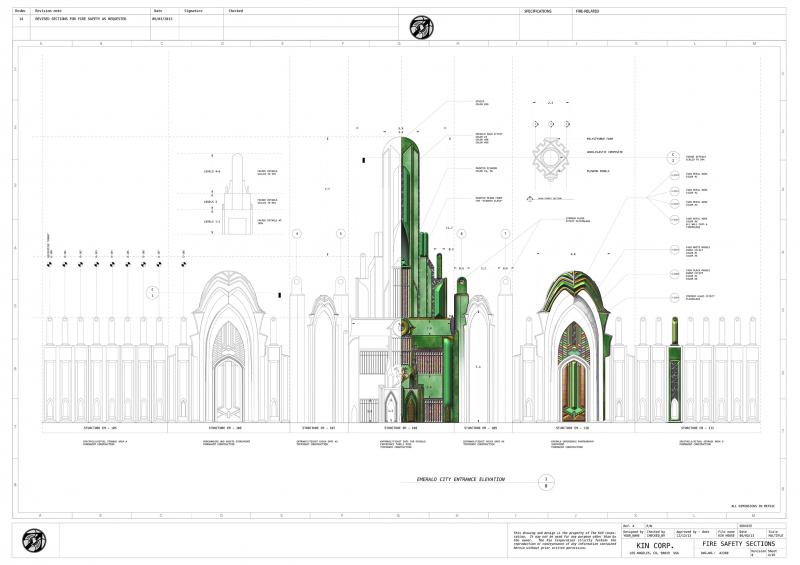 The complex inverts a typical amusement park model by replacing service areas which are moved into an underground service slab with secret member areas containing a brothel, a conference area, a theatre, and a dining circle. 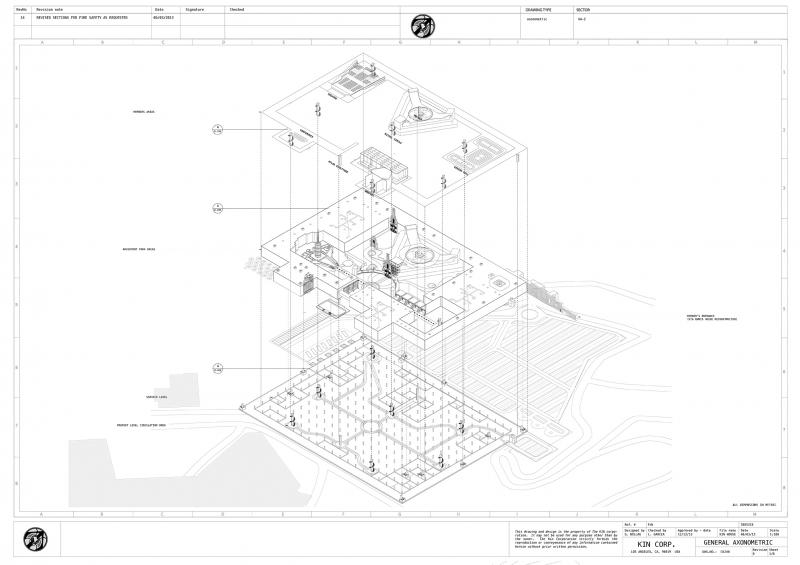 The fantasy worlds of the amusement park and the secret society spaces parasitically rely on a subterranean service slab containing a vast network of maintenance facilities, computer systems, and staff rooms. 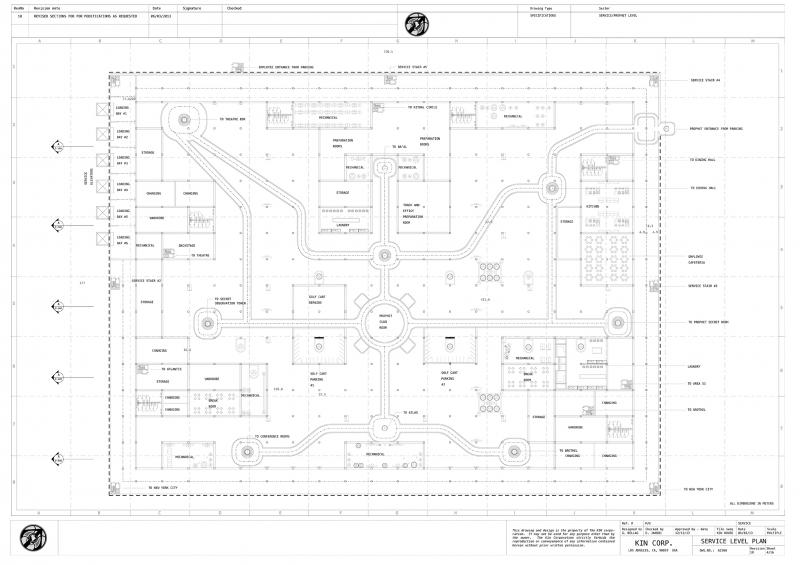 The facade is a fire-active structure designed to ignite, collapse, and set off pyrotechnics in a precise choreography coordinated with the Consecration of Man Ritual. 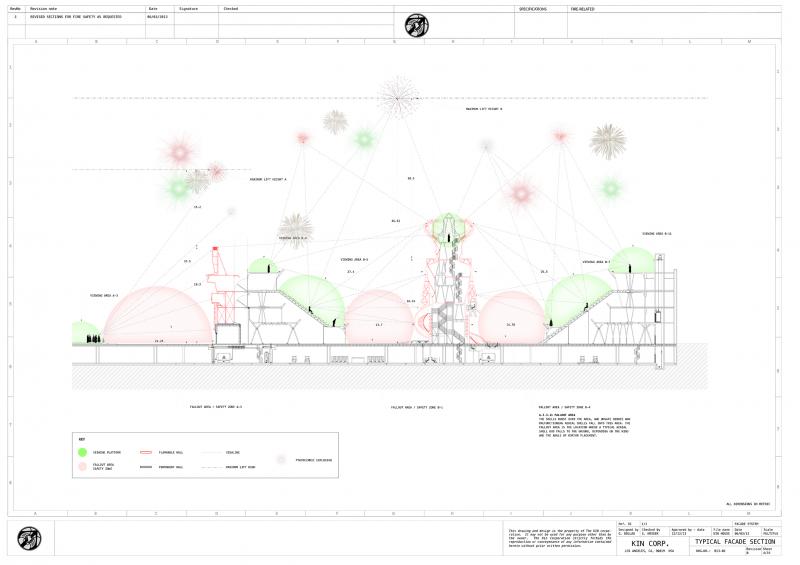 Ba'al during the Consecration of Man Ceremony

The Kin worship a 25 meter tall inhabitable Cannonite demon deity known as Ba'al. Its snake, lion, bull and boar features are said to symbolize the most powerful society members. 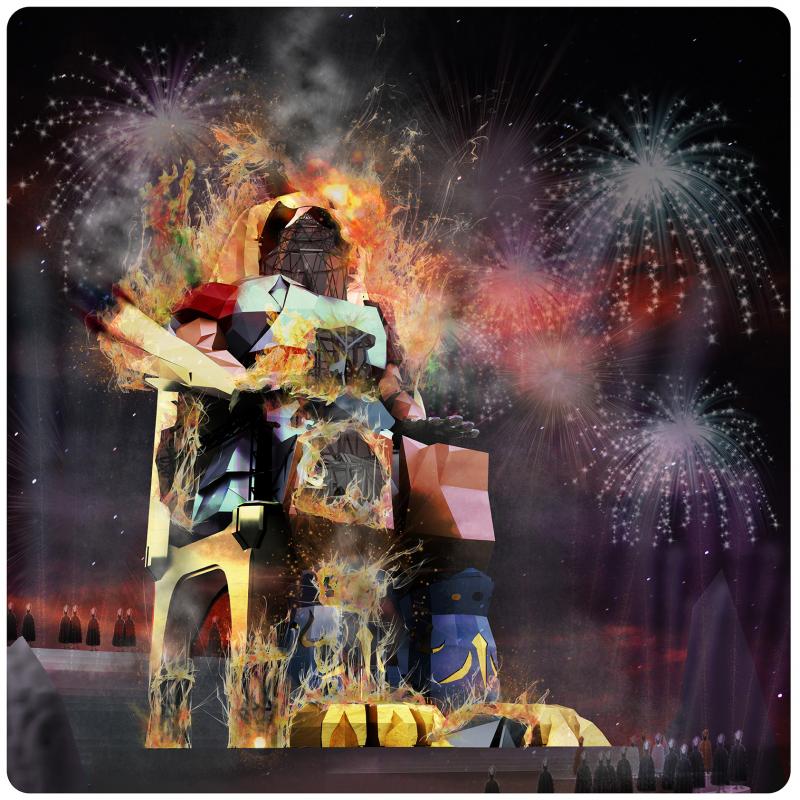 This giant inhabitable chimera has an autonomatronic external shell visible to park-goers. This masks an internal system of covert meeting spaces for top level Kin members.

The structure, which is the centerpiece of the consecration of man ceremony, utilizes the same temporary facade exterior but has a crystalline internal core built with vitro-ceramic glass. It is a political beast within which important political decisions are made. For example, it is believed that Manhattan Project meetings were held here. 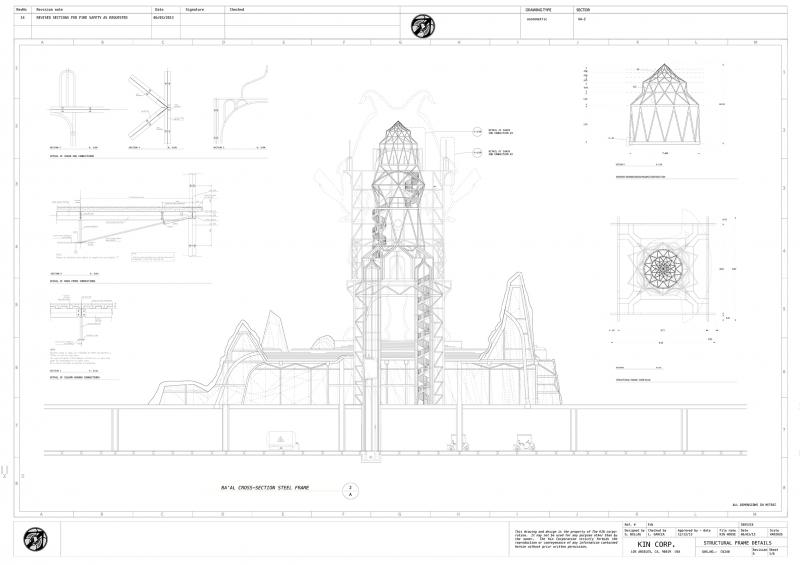 This an architecture of elitism. Its low-brow fantasy shell uses an imaginary language of the lower classes, while the internal structure uses a high-brow language of modernism recalling elements of the eiffel tower and bruno taut's glass dome. 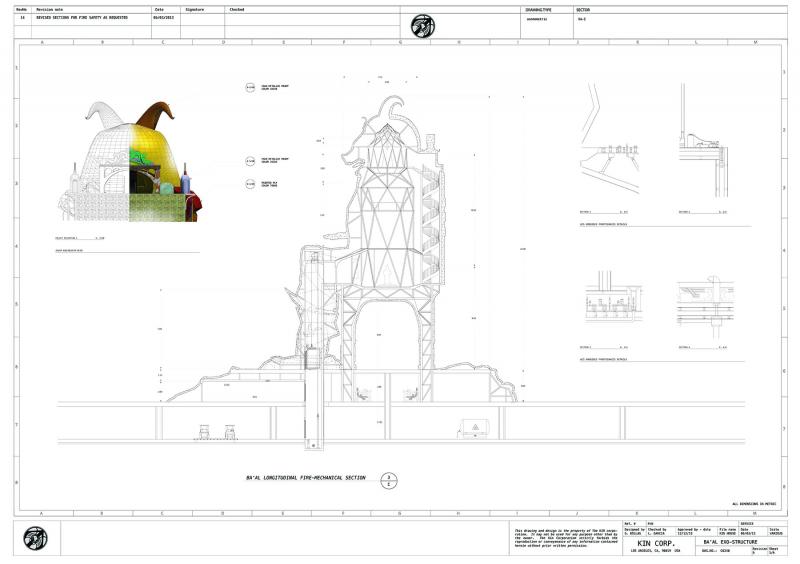 We are implicit in the production of these stratified worlds and underworlds. These spectacular fantasies are imagineered by our personal and collective lacks and our deepest desires. But these parasitic paradises are fundamentally corrupted and perverted through structures of greed and power. Their monstrosity is veiled by a very thin veneer of childhood innocence. Disgust becomes indistinguishable from wonder. 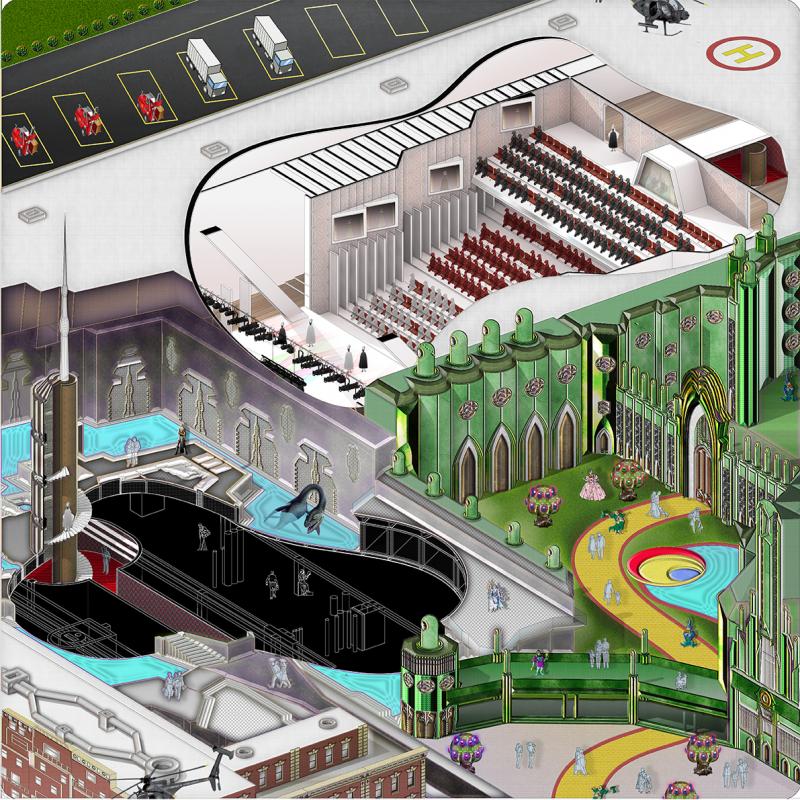